Active vs passive investing? The best of both worlds

Investors can choose “active” or “passive” investing, when considering buying exposure into equity shares and bonds. Market commentators are presently very vocal in the debate over which to choose presently. We at EnCor believe in the “best of both worlds”, that the “passive” approach is more suitable and profitable for clients in most but not all asset class situations.

First, what is meant by “active” or “passive” investing?

As set out in the glossary of financial terms on our EnCor Wealth Management website (www.encorwealth.com/glossary/active-management/), active management is where a fund manager aims to achieve superior returns to a benchmark and/or sector by actively selecting the stocks he or she believes will be winners. Passive investment is where a financial product, such as an index fund, replicates a given benchmark and does not deviate from it.

Secondly, why did “passive” investing appear?

All funds were “actively managed” 25 years ago in Developed Country equity and bond markets. It was noticed even in the late 1990s that many active managers, stock-pickers, were not adept at stock-picking and were under-performing the benchmark indices that their funds were tracking. And were charging high fees. “Trusting the experts” did not pay. As a result, the “indexing” industry started, which offered much lower fees to deliver approximately the same return as the benchmark. This has mushroomed into a vast industry of financial products, including “exchange-traded funds” or “ETFs”. And the continued poor performance of active funds adds to the weight of evidence. 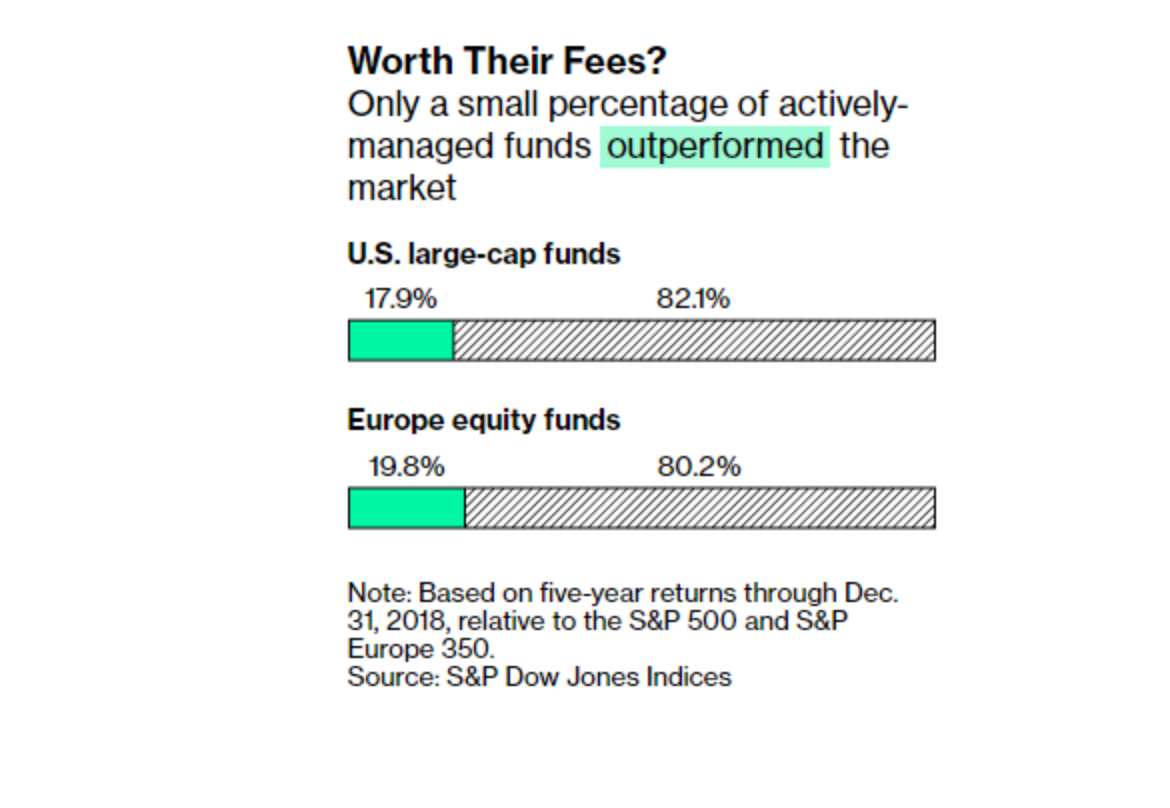 So, thirdly, why is the debate over which to choose so intense at present?

This is due to the continued success of “passive” investing as a type of financial product. According to xtf.com, there were more ETF launches (147) in the USA in 2019 than initial public offerings of companies (106). For the top 10 equity names in the key US S&P 500 Index, the average ownership by ETF funds is 6.8%. These percentages tend to rise as one goes down the company size scale. In the wider US Russell 2000 Index, the stocks that are in the 25thpercentile in terms of size average 23% ownership by ETFs. It is this concentration that has prompted viewpoints like those of Michael Burry, of “The Big Short” fame, who sees right now this behaviour of everyone following one trend as too similar for comfort to the subprime mortgage/CDO phenomenon that he famously bet against in 2006-08. Burry calls the concentration of ownership the “next CDO bubble”. Burry’s logic would be to ask, what happens if all those passive ETF investors holding a stock 23%-owned by themselves all want to sell at the same time? And has a bubble been created? 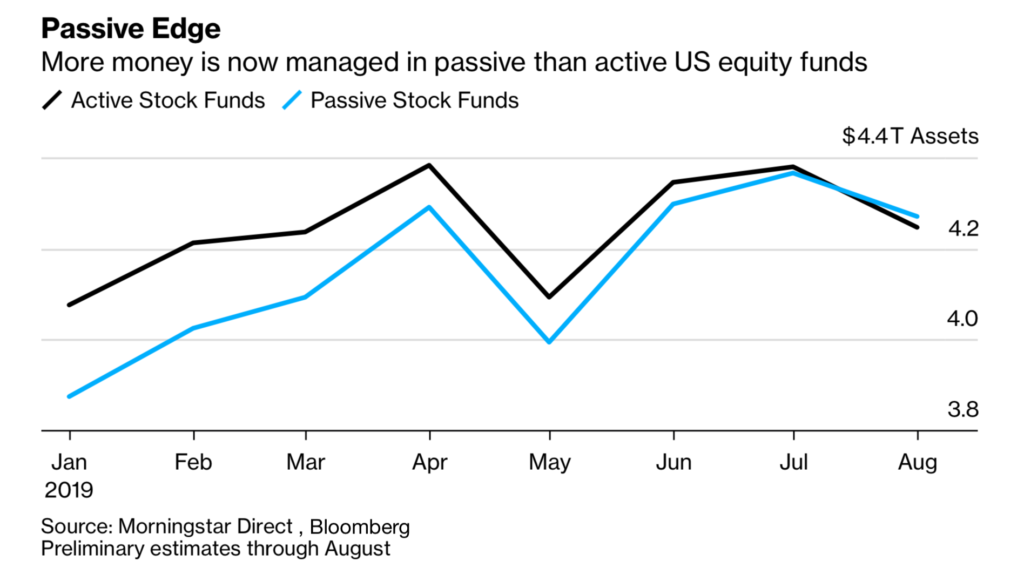 Is Burry correct? According to a 11 September news report by Bloomberg, US financial services firm Morningstar estimate that assets in US passive equity funds at the end of August 2019 exceeded those in active funds for the first time. We agree with Burry about the dangers of over-concentration in companies further down the size scale. Towards the top end of the scale, though, the pool of ownership is wider and, more controversially, more likely to be owned and thus supported by central banks in the future as their ownership levels of all assets increase.

“Passive” investing looks like a better bet for Czech-based investors in large and liquid universes in Developed Markets as fees are still lower (0.1%-0.4%) than for active funds (1%-2% fee levels). Returns are more predictable: A study by Fama & French in 2010 found that out-performance by active investors is random. And exposure to desperate behaviours or strategies by active fund managers is avoided. The investor is in control.

But every ETF universe should be checked for over-concentration and in certain places, such as Emerging Markets, higher-yielding debt and smaller capitalization equities, active investing has a role to play: choose the best of both worlds.